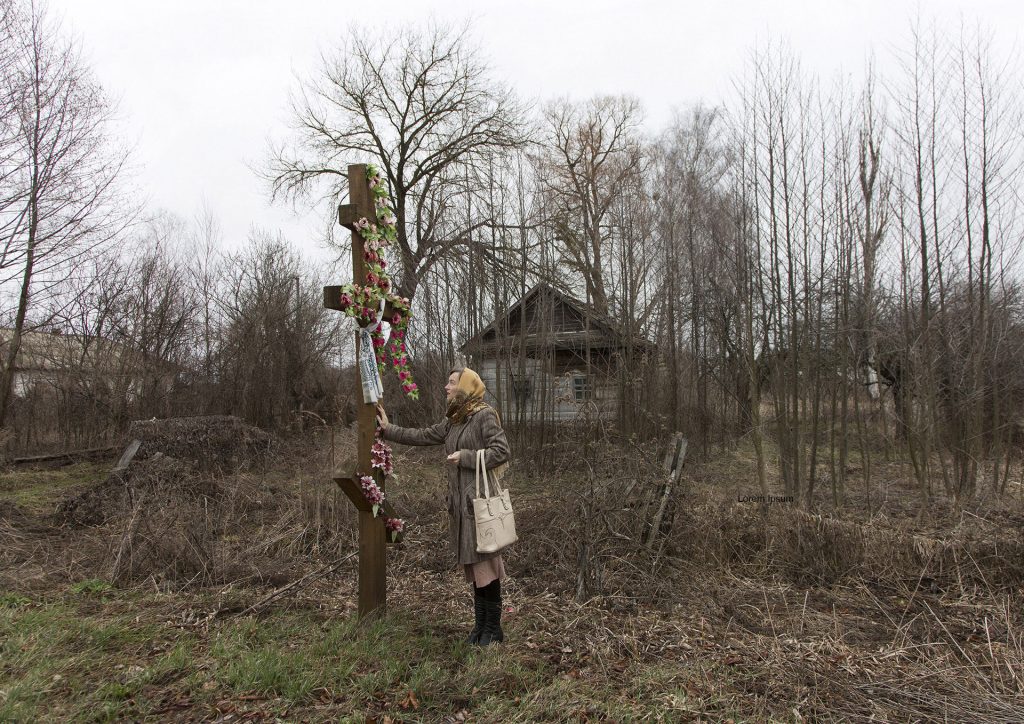 Natalia, a school’s teacher, stands by the entrance of Maksimovichy village, where many houses were abandoned after Chernobyl’s disaster. What was previously a prosperous area has become one of the poorest regions in Ukraine.

In April 1986, Chernobyl’s nuclear plant suffered the biggest accident in history, being one of the greatest environment disasters on the planet. The amount of radioactive and toxic material was 500 times greater than the Hiroshima bomb in 1945. The Chernobyl disaster seems to have been forgotten by society but 33 years on, thousands of people are still living under a threatening cloud.

Inspired by Svetlana Alexievich’ book ‘Voices from Chernobyl’, I travelled to Ukraine several times between 2015 and 2016 to find out the devastating implications for both the people and the environment. Life after Chernobyl portrays both the isolated zone of 30 km radius around the nuclear plant and Narodichi Region, 50 kilometres southwest of the infamous nuclear plant. This turned out to be one of the worst-hit areas by radiation but it was only detected five years after the explosion. Almost 100,000 people were affected of which 20,000 of whom were children.

Although evacuation was enforced in 1991, many families continue living in Narodichi and the nearby villages. In the years after, thousands of people returned to their previously evacuated villages in order to flee poverty and war in the surrounding region. These people believed in their land and refused to accept that the invisible radiation could be stronger than their long-held sense of belonging.
But tragically, what was previously a prosperous area has become one of the poorest regions in Ukraine today. The effects of radiation—alongside the collapse of collective farming due to the fall of the Soviet Union—has had tragic consequences for the local people and their land.

People have long been advised not to eat produce from their land, but poverty has left them with no other option. Families are even raising young children in the areas where radiation remains. This has led to birth defects, cardiovascular diseases, weak immunological systems and an increase in various types of cancer and infant mortality.

Local people complain that the authorities are not doing enough to ensure a safe environment. This is especially true in remote villages, where people have limited access to hospitals and doctors. Many of these families rely on international aid for the most basic medical treatments.

These photographs are a testimony to the lives of those carrying on with the poisonous legacy of Chernobyl. 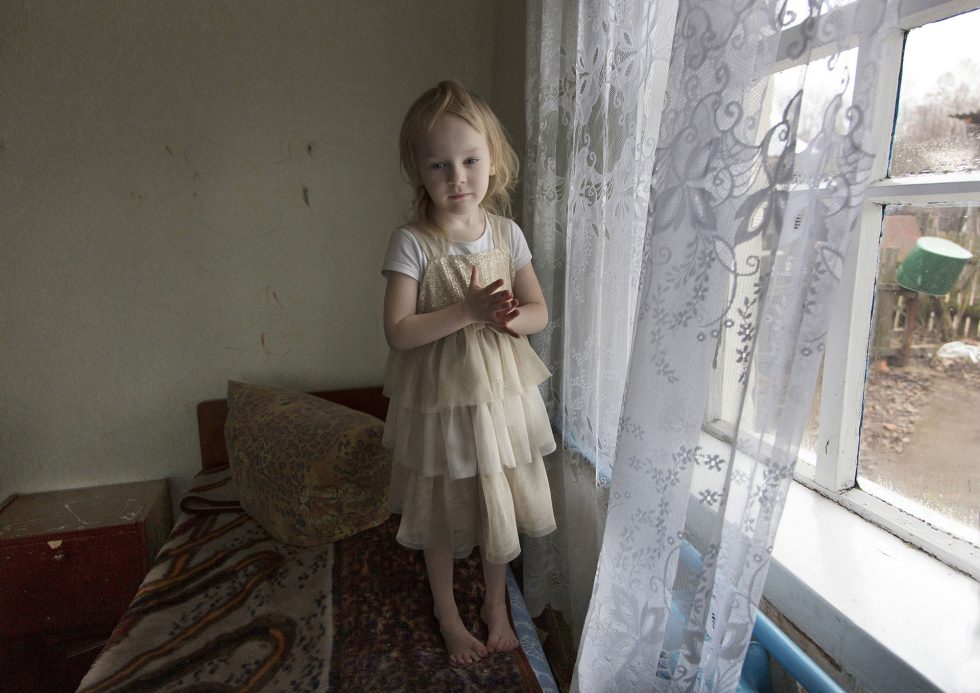 Iana Vasilieva, 6 years old at home in the village of Maksimovichy. In remote villages with limited access to hospitals and doctors, radiation controls are no longer available. 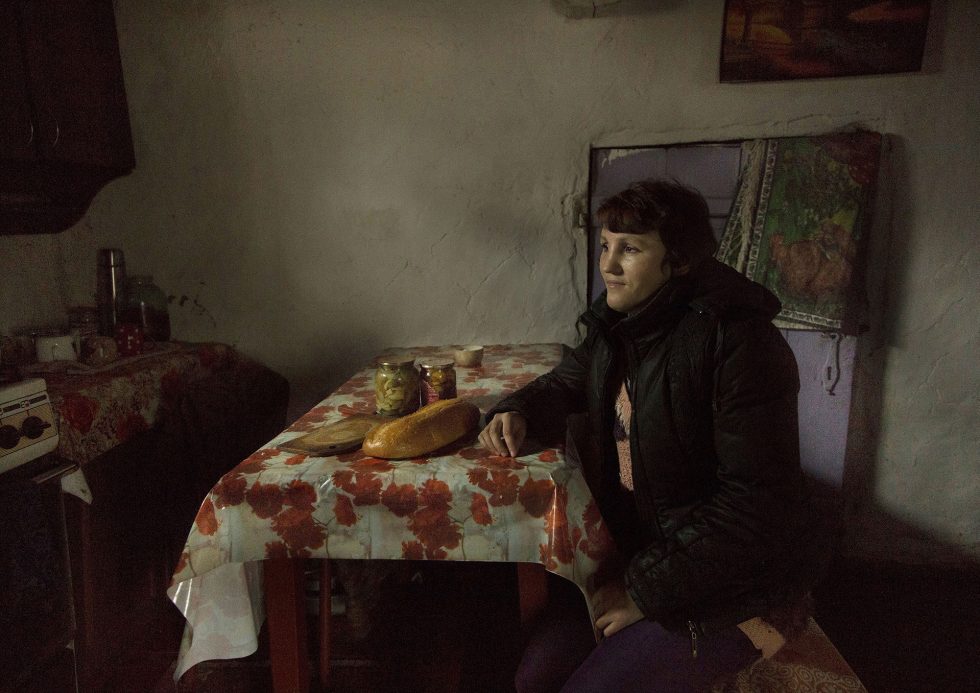 Tatiana Ignatiuk sits in her kitchen in Maksimovichy, where she lives with her three children and husband who works in the forest. People are still farming and eating home grown produce here, but the irradiated diet has been affecting people’s health. 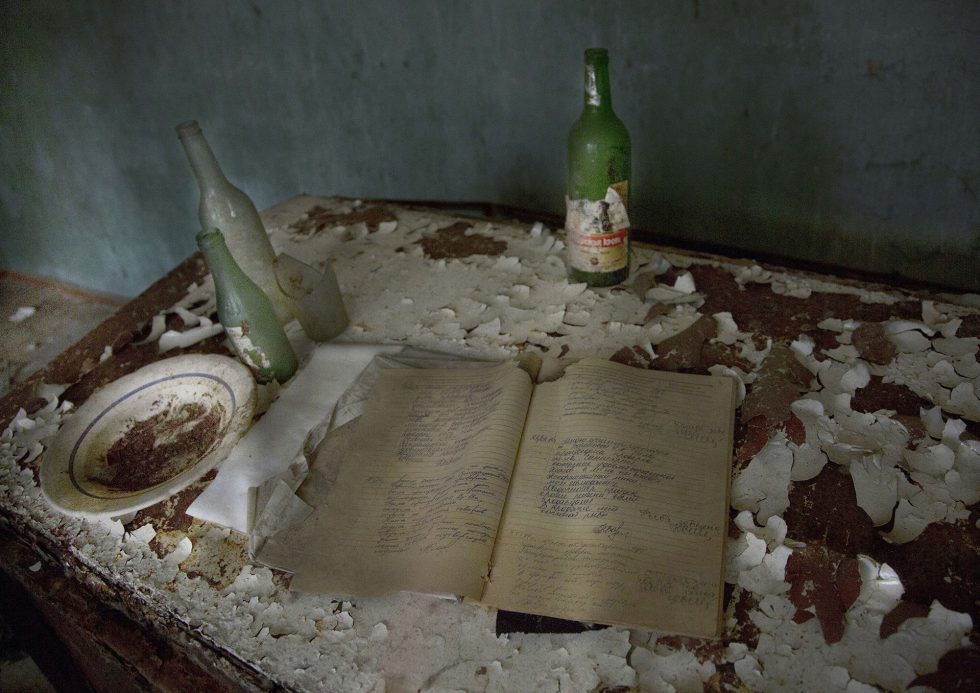 An abandoned house in Pripyat, Chernobyl. The city was evacuated in April 1986, the day after the disaster. 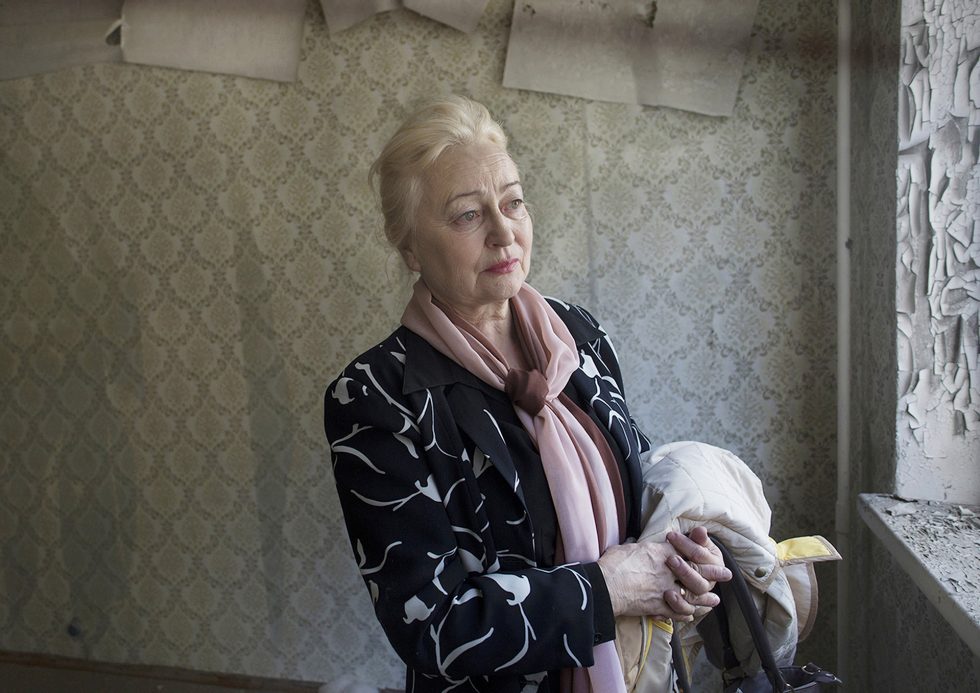 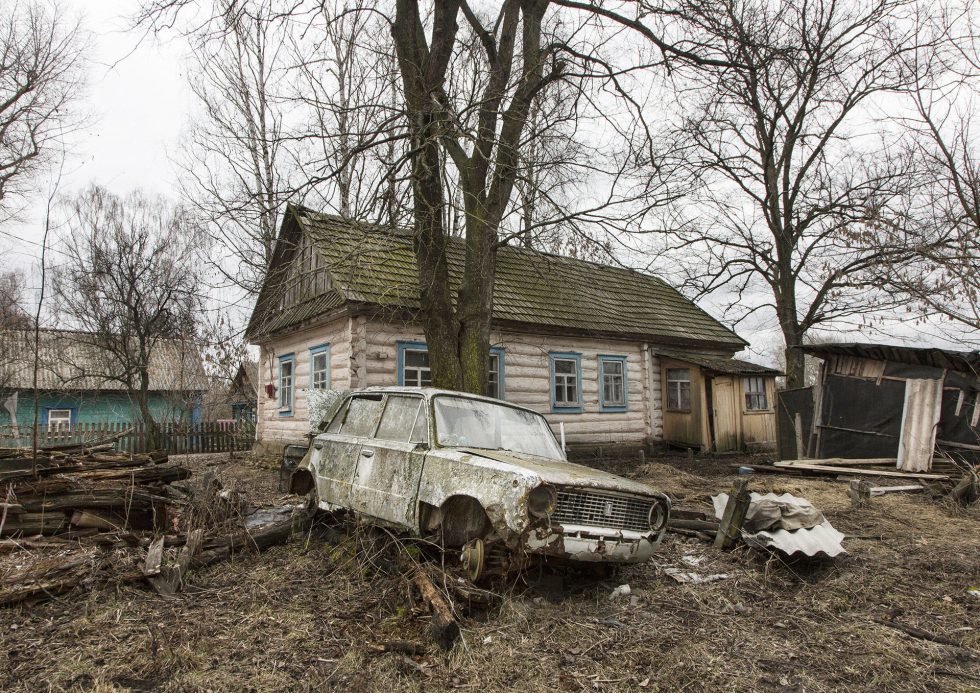 A house in Bolotnitsa town, where many people were allocated after the Chernobyl’s accident. 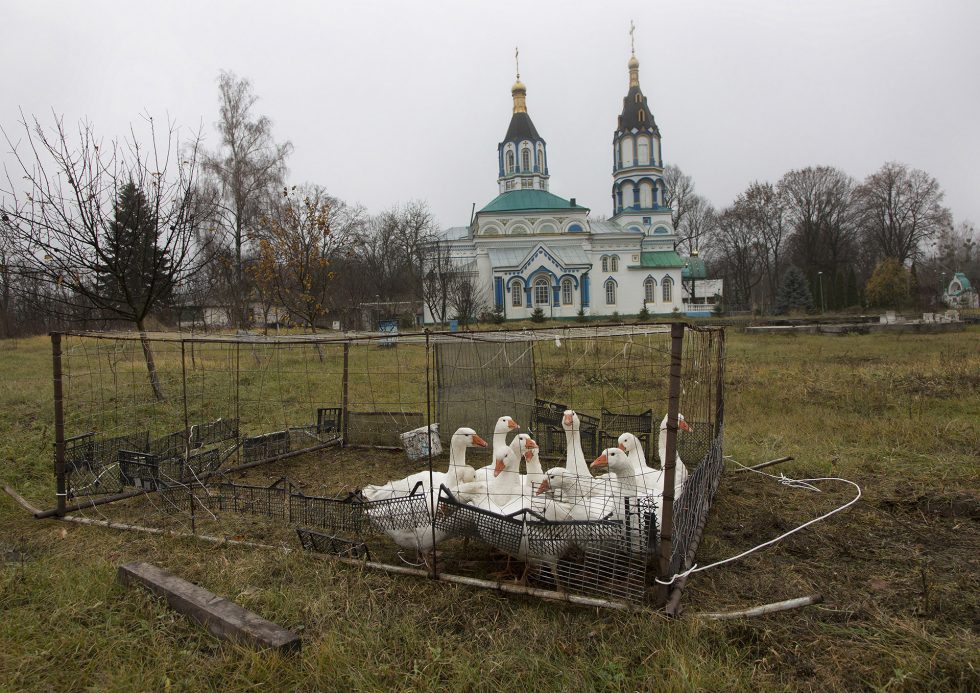 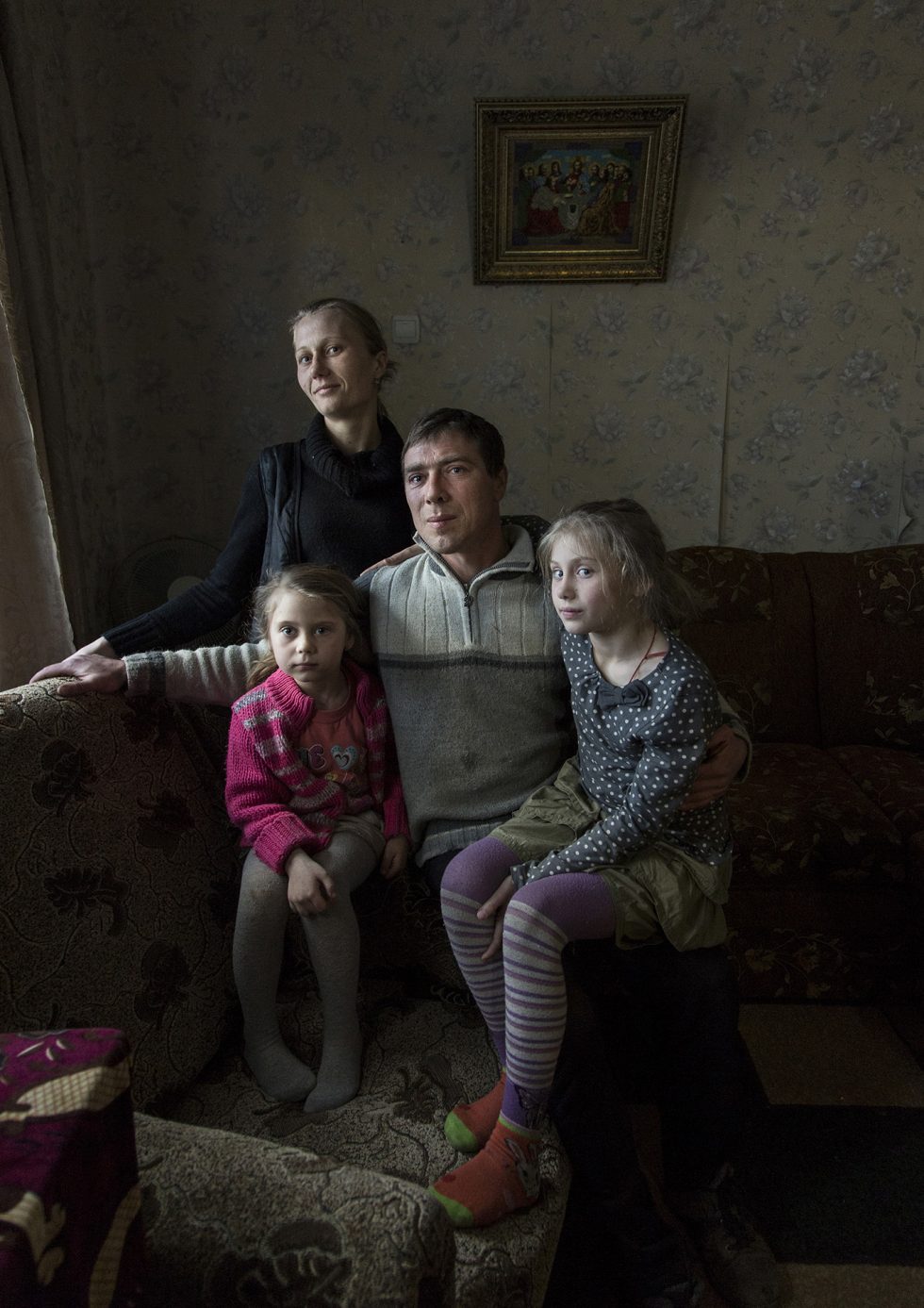 Emir with his wife Nastia Natsik and daughters Iuliana, Madina in Khristinovka. Lia,his 2 year old daughter suffers from a brain tumor. Emir fled the conflict in Abkhazia (Georgia) when he was eleven, three years after the Chernobyl’s accident. 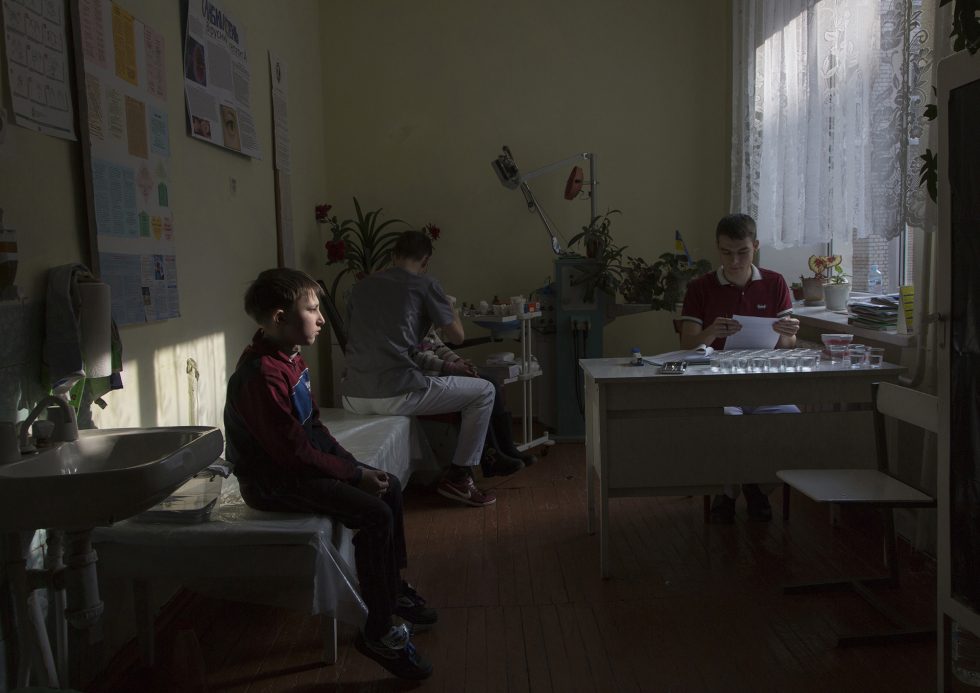 Dentists from Kiev are visiting Narodichi district villages to check in children’s health. After Chernobyl’s disaster many children suffer from malnutrition and illnesses. 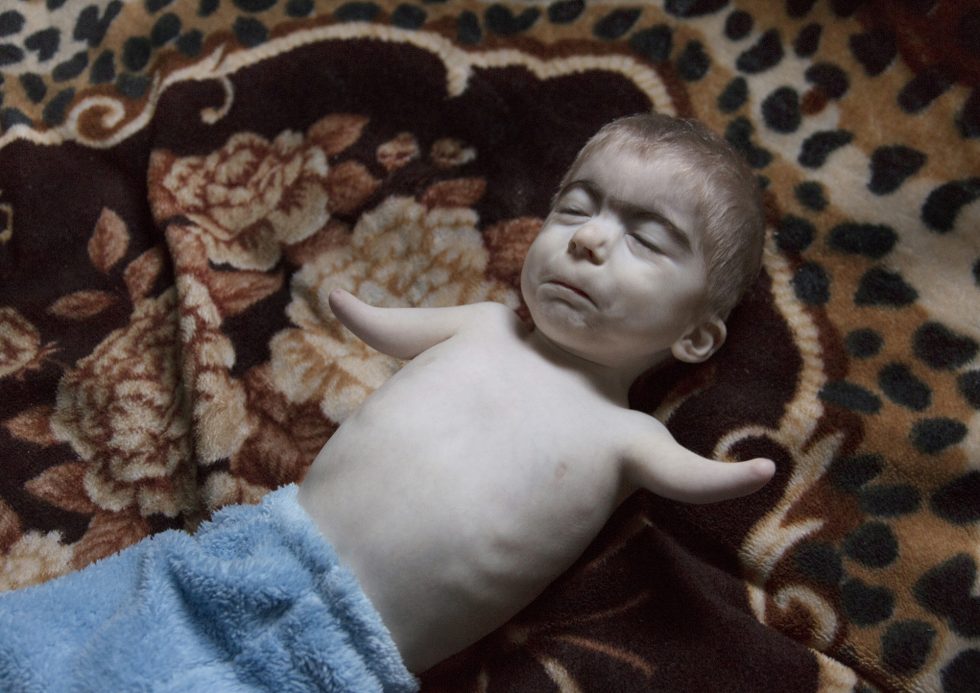 Mischa, 4 years old. 30 years after The Chernobyl’s disaster thousands of people are still living in contaminated land. This has led to birth malformations, weak immunological system effects and various types of cancer. 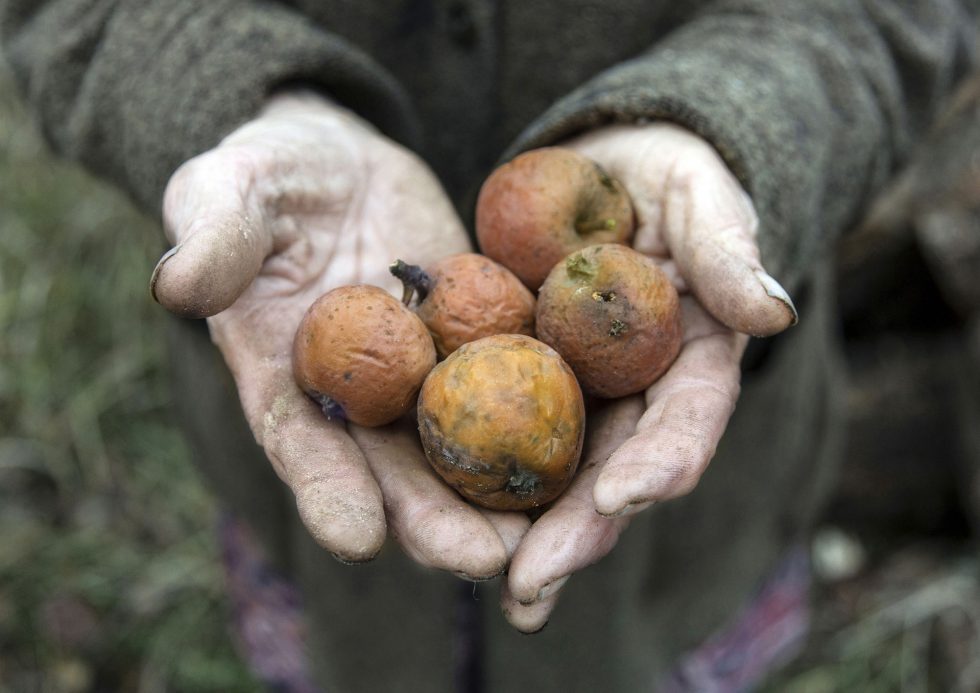 Anna is holding apples from her tree. She lives in the evacuated village of Copachichi in the 30 km exclusion zone of Chernobyl. 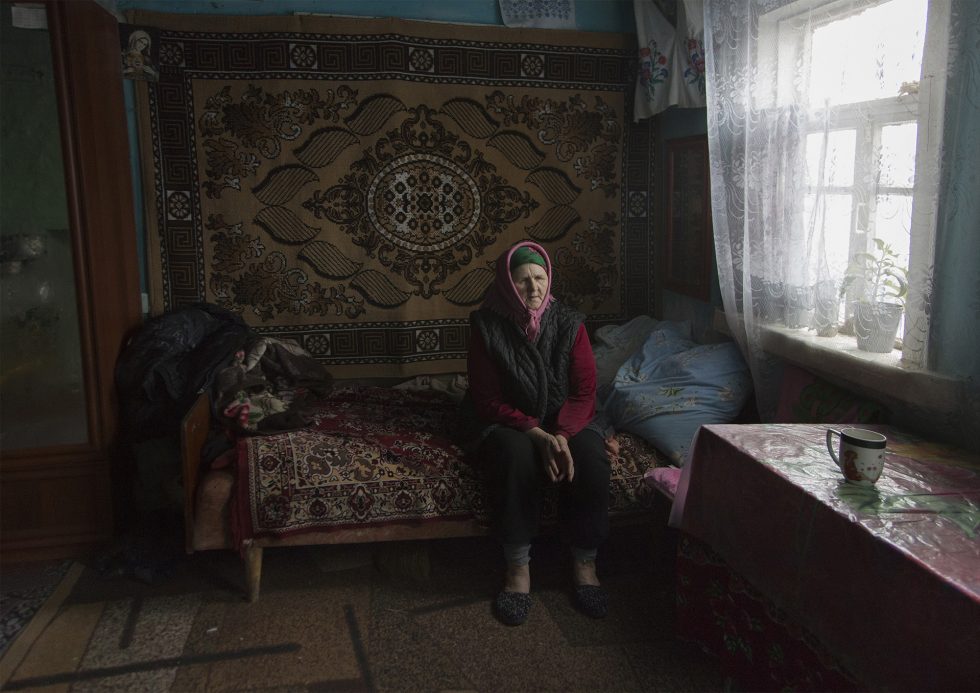 A blind elderly woman in her house in Vyzovka, where many families were relocated after Chernobyl’s disaster. 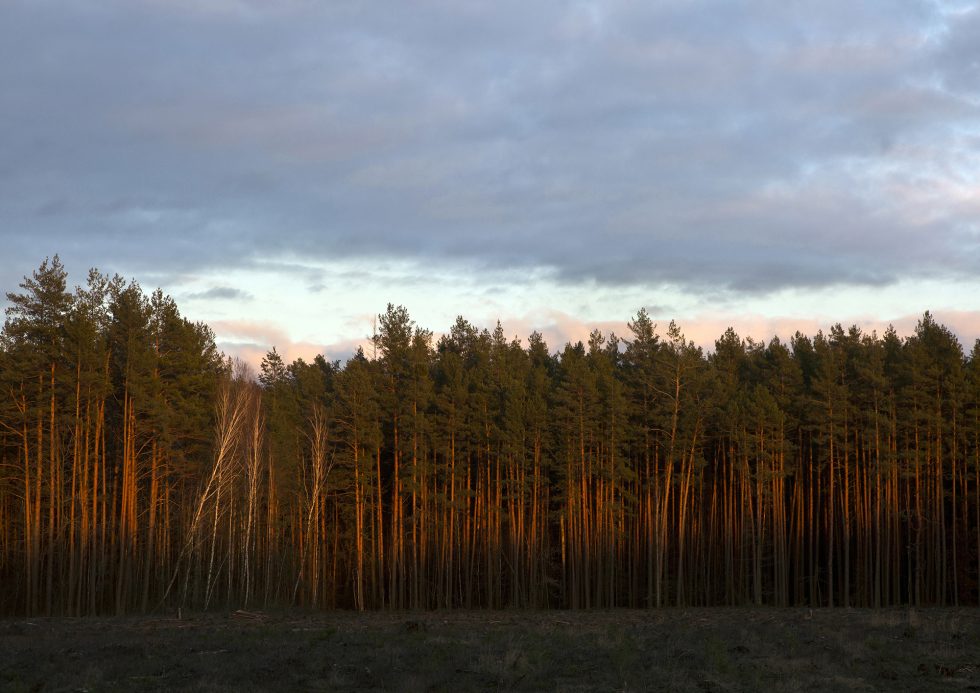 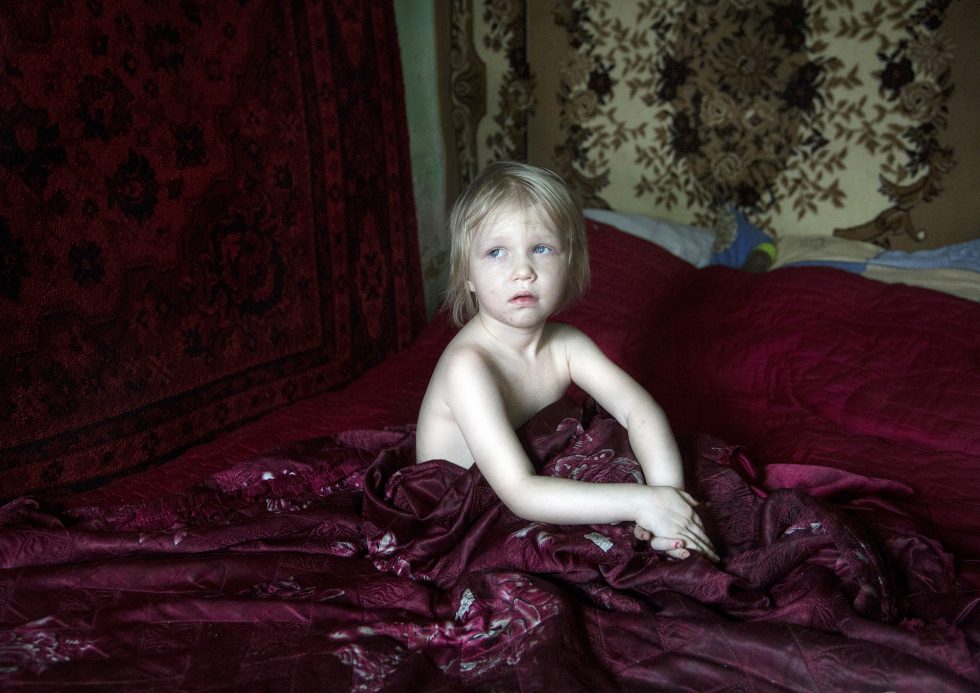 Iana, 3 years old, in her home in Vyzovka, where many families were relocated after Chernobyl’s disaster. 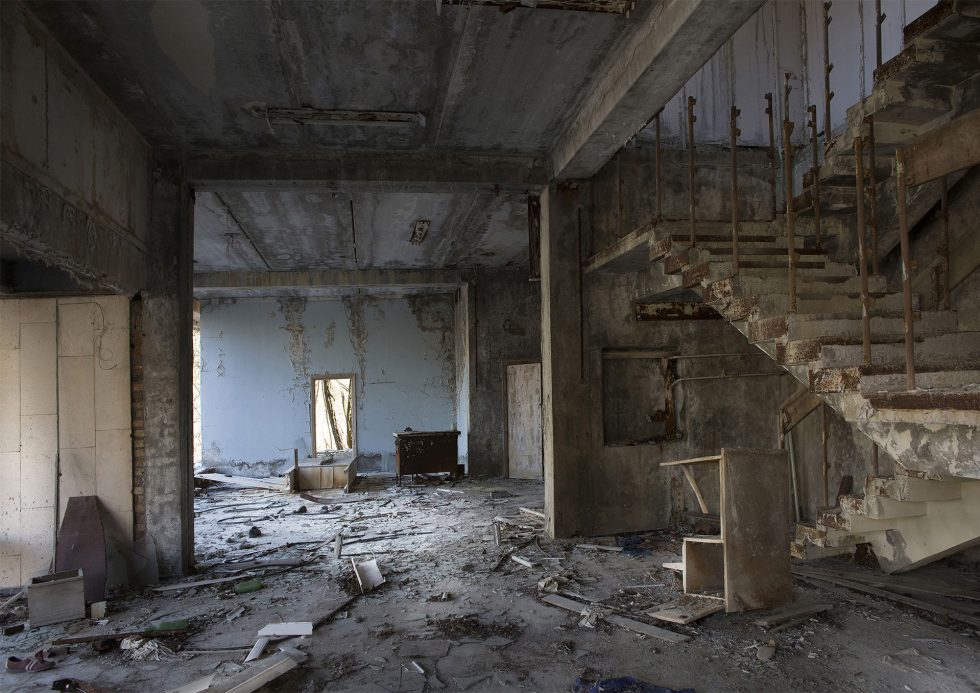 An abandoned house in Prypiat, Chernobyl.